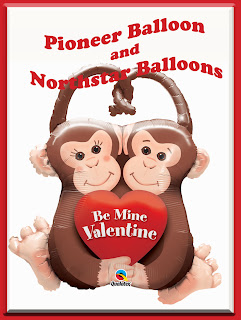 Today Pioneer Balloon Company and Northstar Balloons LLC announced a strategic alliance under which the companies will work together to bring balloons utilizing Northstar’s new MicroSeal™ balloon-making technology to customers throughout the world. 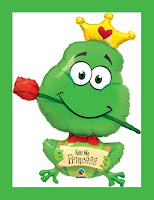 Pioneer is now shipping new shaped balloons utilizing the technology as part of its Valentine’s Day Collection and its new Qualatex® Diamond Expressions™ lines. The designs all feature contemporary graphics and are available from Qualatex® distributors. The companies have planned an aggressive schedule of new shaped, everyday designs in the weeks and months ahead.

“The MicroSeal technology enhances the impact of the balloon design by virtually eliminating any visible seal,” said Ted A. Vlamis, president of Pioneer. He added, “It allows us new design options that give customers unique new balloons.”

Northstar Balloons was founded by Garry, Nico, and Nina Kieves. Garry Kieves, who also founded Anagram International and holds numerous balloon patents. Since Garry’s departure from Anagram in 2003, he has been active in several other ventures, including a company servicing the semiconductor industry. “Working with the precise tolerances needed for semicon work, I learned many new processes that I recently realized could
benefit the balloon industry,” Kieves said. “Northstar Balloons has developed a new technology to produce product that is both more intricate and higher quality than any balloons on the market today. We look forward to introducing a stream of new products.”

Vlamis added, “Over the last several years, Pioneer invested several million dollars in new printing technology that gives us unsurpassed printing quality and flexibility. Through our alliance with Northstar, we now have state-of-the-art balloon making capability that allows us to better take advantage of this printing equipment investment.”

Kieves said, “I have known Ted and Betty for over three decades and very much respect how hard they have worked to make Pioneer the largest balloon company in the world.” He further stated that Pioneer’s reputation and worldwide marketing reach were important factors in forming the alliance. “Pioneer and Northstar share many common values, including the importance of quality, customer service, and delivering innovation to the market. This alliance capitalizes on the respective strengths of both companies and provides efficiency and value to balloon customers everywhere”.

Visit “Online Catalogs” at Qualatex.com to request a FREE copy of the Qualatex catalog. 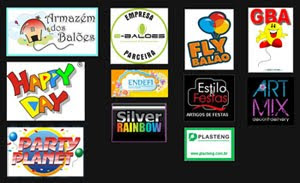 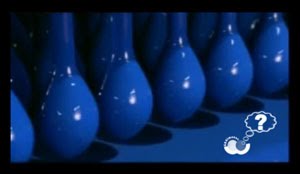